The game of “Cornhole” also known as “Bean Bag Toss” has become a staple at tailgating events over the last decade. The history of the game is mostly unknown, but many stories suggest the game was reinvented in the Ohio Valley. We first discovered the game in 2005, on a bachelor party road trip to Eastern Kentucky University. We enjoyed it so much, we built our first set of boards, mainly out of cheap plywood and spray paint, in time for the following week’s home game against Coastal Carolina. We hate to brag, but we are certain we were the first group to bring Cornhole to an Appalachian tailgate. The original boards lasted five seasons, 2005-09, before maintenace became counterproductive. The boards below made their debut in 2010. With the help of one of our co-founders, we made these boards top notch, the only way we knew how. The boards are painted with a one and half inch trim of black on top with a gold backdrop that features the Yosef logo that was popular during 1970’s. 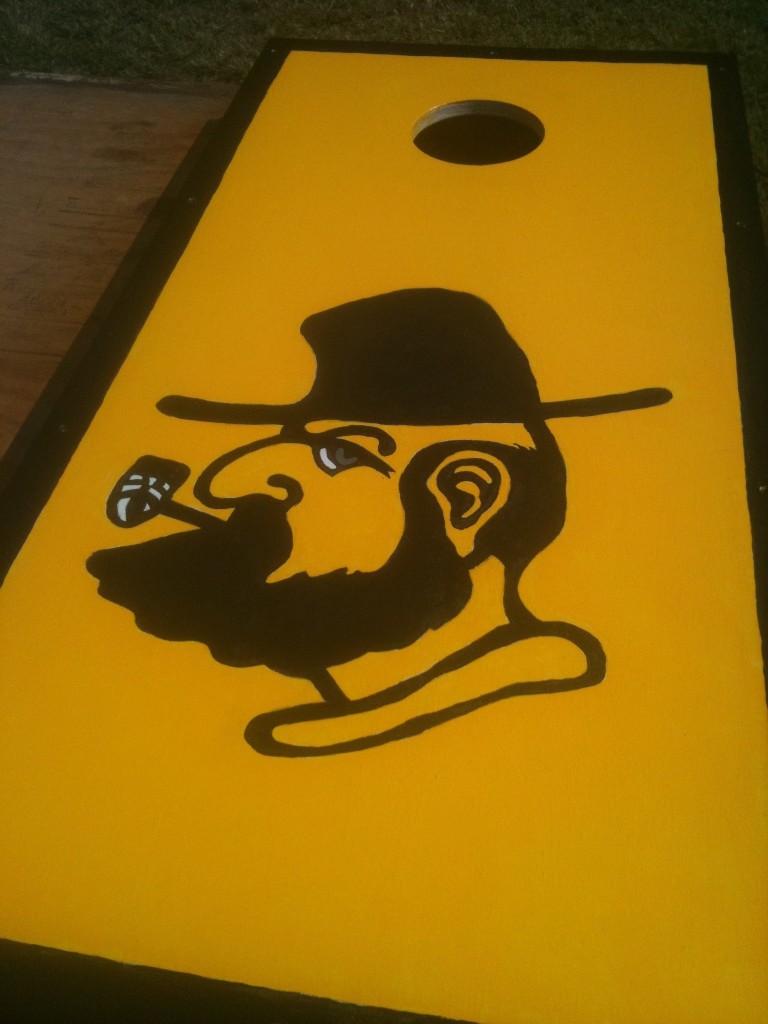